When is the best time to go to Hawaii?

In general, the best time to visit Hawaii for the best overall weather, the lowest statewide rates, and the fewest visitors on-island is:

April is a great month, but avoid holidays when possible.

May is, in our opinion, the best overall month for visitors. Excellent weather and reasonable prices for accommodation.

September is an excellent month with great weather and is ideal for those looking for fewer visitors.

October is a fantastic month with a wide range of local festivals and events.

January is wetter than usual, but it’s a great time to go whale watching.

Between March and September, when there is the least rain and the highest temperatures, is the best time of year to visit Hawaii. This is an excellent time to visit the beach or the water.

However, Hawaii’s year-round warm weather makes it a great destination at any time of year, with temperatures ranging from 23°C to 30°C.

The rest of the year is wetter and slightly cooler, especially at altitude. However, you may have the opportunity to see a tropical beach with a snow-capped volcano in the background.

From October to November, there are fewer visitors, giving the islands a more tranquil feel, while the ocean swells from January to March bring professional surfers in search of massive waves.

It’s worth noting that the west coasts of the islands are significantly drier than the east. 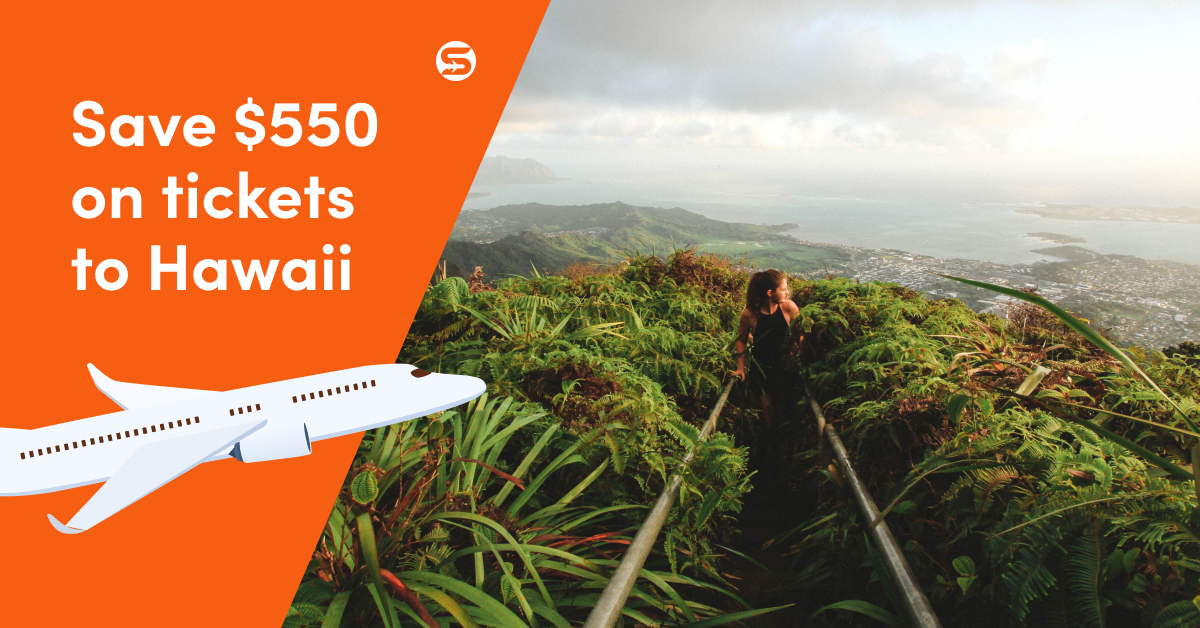 Going to Hawaii in January

Outside of New Year’s, January provides some breathing room as the crowds disperse after Christmas. It is, however, still popular with visitors who fly in from the mainland to escape the winter. Because this is one of the wettest months, a longer trip provides a better chance of a few dry days.

Because Hawaii is located in the path of the trade winds, it is usually windy. However, in the winter, the winds can die down, resulting in calm days perfect for enjoying a helicopter ride above the volcanic environment. On the other hand, swells from across the Pacific bring competition surfers from all over the world to Oahu’s North Shore to test their skills.

Festivals and events
From December to May, you may see humpback whales all around the island chain. From January to March is the greatest time to visit them.

Going to Hawaii in March

The temperature begins to rise, but March is still prone to winter storms and shares the title of wettest month with November. Bringing a rain jacket and planning activities around showers will pay off.

The air temperature rises noticeably in April, so where you might have needed a sweater in the evenings in March, you’ll be fine in short sleeves for the rest of the month. The tropical vibe extends to the foliage, with riotous flower displays dotting the hillsides.

Going to Hawaii in May

May is an excellent month for activities on and near the water. Sea temperatures are rising and the water is calmer, though there’s still a bit of a swell if you want to learn to surf or (for more experienced surfers) ride the waves off Oahu’s famous North Shore without risking life and limb.

Going to Hawaii in June

The sun is high in the sky, bringing dry, hot weather and the year’s least amount of rain. Because the summer crowds have not yet arrived, a trip at this time of year can be more peaceful and rewarding.

To be in Hawaii In July and August

During the summer, the archipelago becomes busier as visitors from the continental United States arrive. However, there are still plenty of places to get away from the crowds, and busier areas like Waikiki Beach are cheerfully exuberant. The surf scene has shifted to the south of the islands, while the northern shores have become popular with snorkelers and swimmers.

Heading to Hawaii in September

As the number of visitors decreases, the islands will have more breathing room. When combined with pleasant temperatures and calm seas, September is an insider’s choice. Exploring the archipelago’s reefs and marine life is recommended due to the excellent underwater visibility.

October often has an end-of-season feel, which is ideal for those looking for lower prices without crowds. The temperatures are still warm, and the sun is shining brightly, but there is always the possibility of an early storm and higher seas.

Going to Hawaii in November

November is the wettest month, tied with March, but it still has its fair share of sunny days mixed in with showers and cloud. Hawaii, on the other hand, is an archipelago of microclimates, with mountains protecting pockets of land from rain, so there’s always somewhere dry.

Heading to Hawaii in December

The start of whale season in Hawaii is in December, when you can see humpback whales offshore, which migrate from Alaska to Hawaii’s waters to breed and have their young. On land, crowds are scarce until the Christmas season, the weather is mild and dry, and the islands have a festive atmosphere.