Tunisia is famous for its wealth of historic attractions, stunning desert views, and range of golden beaches, and is becoming an increasingly popular tourist destination. As is the case with other countries in North Africa such as Egypt and Morocco, the best time to visit Tunisia is, in general, during the cooler months of the year.

Nevertheless, it’s important to check the weather forecast for Tunisia before traveling in order to decide if the temperatures during your planned stay allow for all the activities you have planned.

Before booking flights to Tunisia, all foreign travelers should also check the Tunisia visa requirements to see whether they need an approved travel document to enter the country.

Is Tunisia hot all year round?
The climate of Tunisia differs on which part of the country you plan to visit. The north of the country, including Tunis, the capital, the famous archeological site of Carthage, and the popular resort towns of Sidi Bou Said and Hammamet, has a Mediterranean climate.

The central part of the country, including Sousse, another popular travel destination in Tunisia, has a semi-arid climate, while the very south of the country has a hot desert climate.

Therefore, the weather can vary depending on the region you choose for a tourist stay. However, the best time to visit the country, in general, is considered to be between March and June and September to October when temperatures are cooler.

In Tunis and the north, the average temperature in August is around 27 ° C (81 ° F), while daytime temperatures in southern desert regions can exceed 45 ° C (113 ° F) during the day. However, summer nights in Tunisia’s deserts can be extremely cold.

Is Tunisia hot at Christmas?
Tunisia’s winter weather tends to be relatively mild compared to what travelers from most countries in the northern hemisphere are used to, and in general, there is very little rainfall. In most areas, Tunisia receives less than 500 mm annual average rainfall.

The weather in Tunisia in December and Christmas is incredibly mild, with plenty of winter sunshine. Temperatures average around 18 ° C (64 ° F) along the Mediterranean coastline and they rarely exceed 20 ° C (68 ° F), except in the southwestern desert regions of the country.

How to dress for hot weather in Tunisia
If you’re traveling to Tunisia for tourism during the hot summer months, you’ll want to pack lots of light clothing such as cotton t-shirts and shorts, as well as the necessary swimwear if you’re planning to sunbathe on one of Tunisia’s many beaches.

However, you should pack some long-sleeved-tops and smart trousers if you’re planning to eat out in high-end restaurants, as shorts are generally frowned upon in these establishments in Tunisia.

Female travelers to Tunisia are advised to dress as conservatively as possible outside of the beach, as revealing clothing can attract negative attention from Tunisian men.

Therefore, women are advised to pack some long skirts, dresses, and trousers, as well as loose-fitting or long-sleeved t-shirts. Shoulders must also be covered up if you are planning to visit one of Tunisia’s mosques.

The best time to visit Tunisia’s attractions
If you’re simply planning to visit one of Tunisia’s popualr resorts and sunbathe on the beach to soak up as much sun as possible, then you can really visit Tunisia at any time of the year, and summer is probably the most appealing season to you. .

Likewise, if you plan to visit the capital and its numerous historical attractions like Carthage, the relatively mild summer temperatures may not hinder you too much.

However, if you’re planning to visit the attractions in Tunisia’s deep south in the Saraha desert, or take a tour of the many Star Wars filming locations in the area, you may want to consider booking a trip during the winter months.

This is because Tunisia’s southern desert regions can be unbearably hot during the summer, and venturing out into the Sahara to see Luke Skywalker’s homestead may not be too appealing under the scorching sun.

However, if you do choose to visit the south in the winter, you should plan to travel between October and December, as disruptive sandstorms tend to afflict the region from January onwards. 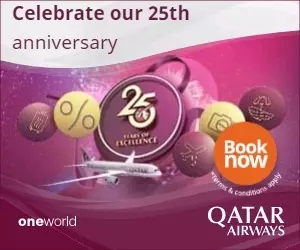