The top 20 cities in the globe that provide the most luxury, from designer label stores to 5* hotels and Michelin restaurants, are revealed in a new study.

Money.co.uk performed the research, which looked at the number of luxury venues in a city to determine where in the world is genuinely the most opulent. With 427 Michelin-starred restaurants, 108 outlets from the world’s top ten luxury designers, and 95 hotels with a five-star rating, Paris is the world’s most luxurious city. Paris, dubbed “The City of Light” because of its lit boulevards and the gleaming Eiffel Tower, is the ideal location for a luxurious trip, with more Cartier stores (24 altogether) and Michelin-starred restaurants than any other city on the planet.

Despite having historic hotels such as The Shard’s Shangri-La, The Ritz, and The Savoy, and a total of 156 five-star hotels, London comes in second place with 372 Michelin-starred restaurants, compared to 427 in Paris. Third place goes to Tokyo, Japan, which has 298 award-winning meals on offer, including some of the world’s top sushi establishments. 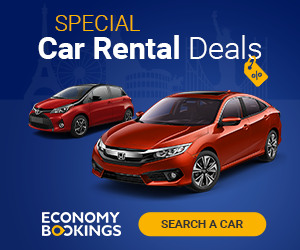 Parisian opulence – Rue du Faubourg Saint Honoré and Rue Saint Honoré are the ideal avenues for individuals wishing to splurge on designer goods. The former houses the stores of well-known luxury fashion houses such as Givenchy and Dior. Rue Saint Honoré is the place to go if you want to see a mix of well-known luxury labels and more specialized, up-and-coming designers. If cuisine is your passion, Paris has a plethora of Michelin-starred restaurants to choose from; Pavillon Ledoyen, Arpège, and Restaurant Guy Savoy are just a few of the 3-star Michelin restaurants where you can enjoy the lavish delights. The La Réserve Paris Hotel and Spa is a short walk from the presidential palace and faces the Grand Palais, which overlooks the Champs-Elysées.

Tokyo’s opulence – Ginza Kojyu (given three Michelin stars) is considered a gastronomic utopia, so make sure to try it for the best multi-course dinner (kaiseki) in Tokyo. Ginza is the place to visit if you want to spend your time shopping, with Ginza Six (a shopping mall with a rooftop terrace and art installations) housing all of the most well-known high-end designer names. Staying at the Imperial Hotel Tokyo, which has been famous for its high-quality service since 1890, can make a vacation to Tokyo even more first-class.

In New York, there is a lot of luxury. Guests seeking luxury must stay at Mandarin Oriental New York, which features floor to ceiling windows with views of prominent sights in The Big Apple and is conveniently situated to reach the city’s historical locations. It also has immediate access to Columbus Circle’s world-class retailers, as well as acclaimed restaurants such as Per Se and Masa.

Seoul’s luxury – A city with industry-leading transportation and awe-inspiring architecture is almost certain to make the list of most opulent cities. Book a room at the Park Hyatt hotel in Teheran-ro for a more relaxing stay with three award-winning restaurants and a spa right on the premises. Fortunately for shopaholics, Seoul isn’t restricted to a few shopping malls; instead, most avenues are lined with luxury designer boutiques and skincare apothecaries – Myeong-dong is a must-visit zone to sample the city’s offerings.

One thought on “Which cities in the world are the most luxurious?”