The camping.info Award is one of the most prestigious awards in the camping industry, and it is based on the reviews of 150.000 campers with a total of 228.000 on camping.info.

“The rankings are only based on the ratings by campers. Accordingly, the evaluations for creating the ranking and all of its factors are publicly available. Even small, highly committed campsites have a good chance of being listed among the top 100 in Europe and of being discovered as an insider tip.”

Maximilian Moehrle, managing director of camping.info based in Berlin

This year’s winner of the Award was Campingpark Kühlungsborn in Germany’s Baltic Sea region. The most popular place in Mecklenburg-Western Pomerania is on the winners’ podium for the second year in a row. In recent years, the campsite has consistently improved and optimized its offerings, which has resulted in excellent guest reviews for the second time.

Grubhof in Austria takes second place this year. The award-winning campsite in Salzburg’s Pinzgau has been in the top league for years, winning the highest position for Austria in 2021 and now again in 2022.

The top 10 campsites in Europe: 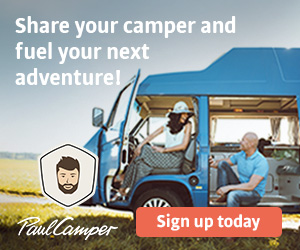